Petra is a historical and archaeological city in the Jordan. Another name for Petra is the Rose City due to the color of the stone out of which it is carved. Established possibly as early as 312 BCE as the capital city of the Nabateans, it is a symbol of Jordan, as well as Jordan’s most-visited tourist attraction. Petra has been a UNESCO World Heritage Site since 1985.

We will pick up you  from your hotel in Sharm el Sheikh around 2:00 AM, then drive for approx. 2.5 hours to Taba Heights Marina. Once at the marina you will be met and assisted onto the boat, sail across the gulf of Aqaba.  Then drive to the Petra by bus for approx. 2 hours.  We start the tour on foot, though the Siq , a narrow, winding gorge over 1 kilometer in length. Beautiful sandstone formations of Petra were once occupied by the Edomites. One of the reasons why Petra was such an attractive site for the Nabateans is its virtual hiddeness behind a narrow and easily defensible canyon known as the Siq. As you come to the end of this beautiful ravine, a very narrow opening offers a peephole to one of the most spectacular sites in Petra – the treasury. Carved out of the side of the sandstone mountain face probably in the first century BC, scholars debate as to its actual function.  After the visit to the treasury we will visit the Roman theater which dates back to Byzantine era & the Royal tombs. Not a lot is known about the ancient culture of the Nabateans, except that they were excellent engineers with amazing skill and craft. They built water conservation and irrigation systems and carved their homes, temples and tombs right out of the rocks. At the end of the tour lunch. After lunch driving back to Aqaba and next to Taba heights marina for the journey back to Sharm El Shiekh.

Trip runs on Tuesday’s and Friday’s. 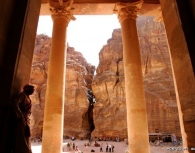 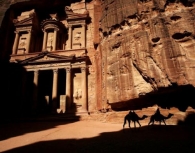 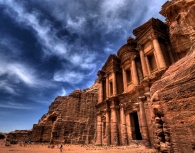 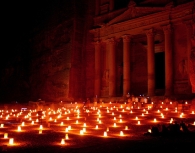 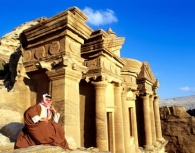 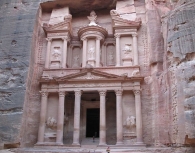